The Parlour Guide to Exo-Politics

The Parlour Guide to Exo-Politics is SCQ’s latest commission from British composer Matt Rogers, operating under his pseudonym Gameshow Outpatient, and featuring original visuals from British film-maker Matt Hulse. The musical content of the work has its origins in the recent electronica produced under the Gameshow Outpatient moniker, but expressed here acoustically may equally be seen as a direct development of the gestural language used by Matt Rogers in his earlier works. The Parlour Guide is also a response to the various conspiracy theories circulating since the 1950s regarding possible contact between human and alien life:

Exo-politics is the study of the key individuals, political institutions and processes associated with extraterrestrial life. Information concerning extraterrestrial life and technology is kept secret from the general public, elected political representatives & even senior military officials. The supporting evidence is overwhelming in scope and shows that decision making is restricted on a strict ‘need to know’ basis. www.exopolitics.org

The narrative evoked by Matt Rogers and Matt Hulse unfolds in four movements, from initial contact to full-blown communication. The first, marked to be played with “a little blustery raggedness”, represents “the point where NASA, S.E.T.I. or a rogue CB-Ham realises that what they thought was static is in fact some kind of organised signal.” In the second, this signal is decoded through a process of repeated testing. The third movement shifts focus to a form of call and response communication, as the lone Bb clarinet symbolizing the voice of humanity attempts to establish a common language with a trio of extraterrestrial bass clarinets, with final success only achieved through an overturning of prior assumptions of the form that communication can take. In the final movement this success is celebrated in a piece which presents a single line shared by all four players, who together sing an “ode to communication.”

This work has been made possible through the generous support of Creative Scotland. 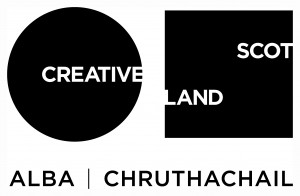